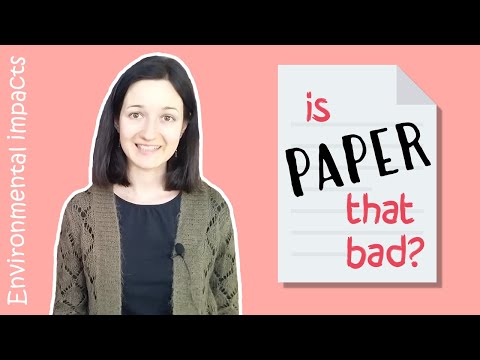 Environmental effects of paper (and how we can reduce them)

How does the LCD Writing Tablet/ Drawing board work?

LCD (Liquid Crystal Display) writing tablet/ Drawing Boards have seen much rise in popularity due to their simplicity and affordable prices. But how do these LCD drawing boards work? This article explores the various parts inside an LCD writing tablet in an attempt to explain how these parts integrate together to produce a paper-like writing experience for the end users.

What’s inside an LCD writing tablet?

A typical LCD writing tablet / Board / Ewriter contains a number of parts including: 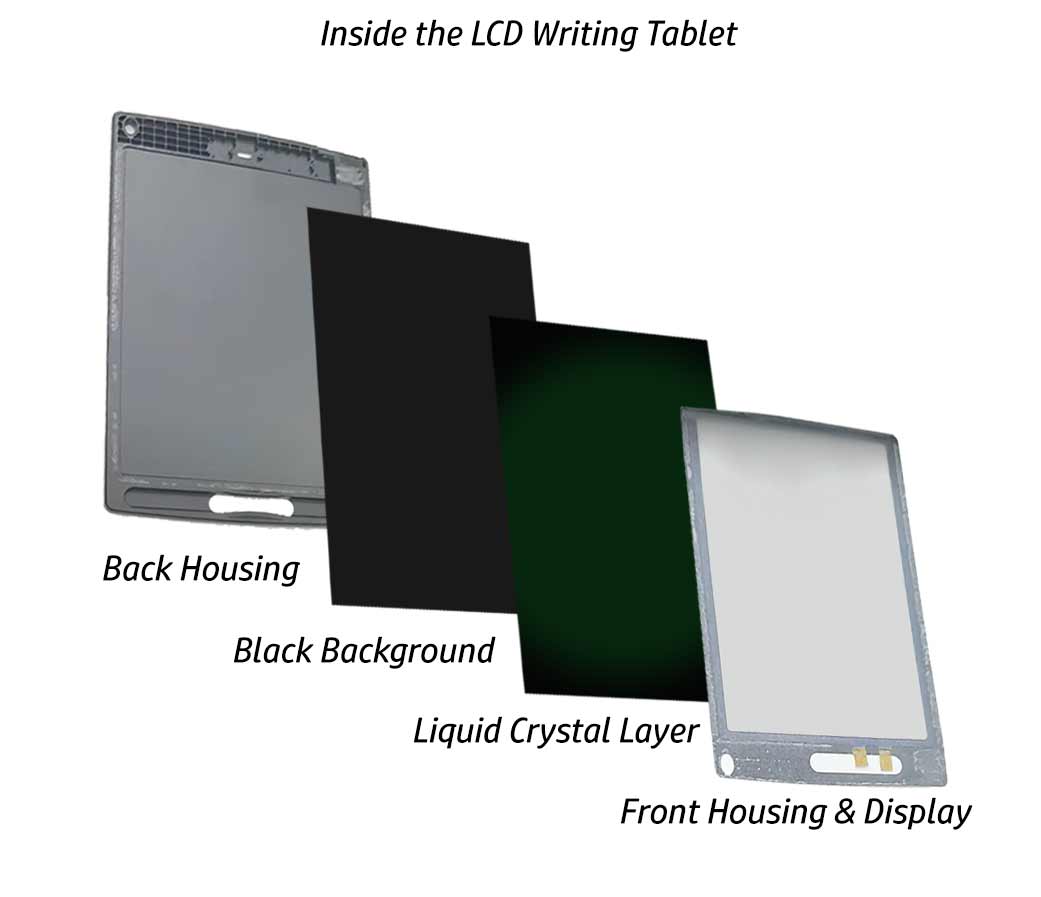 The Back & Front Housing

The back housing of an LCD writing tablet serves the same purpose as they do for other handheld devices such as any handheld tablets or smartphones – it accommodates the circuits, display screen, and all the other components of the device, and keeps everything together. The front housing of an LCD writing tablet provides protection for the display screen and helps all the parts stay and function together.

The translucent/ semi-transparent display screen is the main display screen where a user applies pressure with a stylus pen or any pointed objects to write or draw. This display screen plays a critical role in facilitating the pressure sensitive writing mechanism.

The layer of Liquid Crystal Display contains the appropriate amount of liquid crystal trapped or laminated between two layers of plastic. Together with the semi-transparent screen, the LCD layer forms a pressure sensitive screen that allows users to use the system as a writing device. There is also a black background placed behind the LCD layer that prevents lights from reflecting. 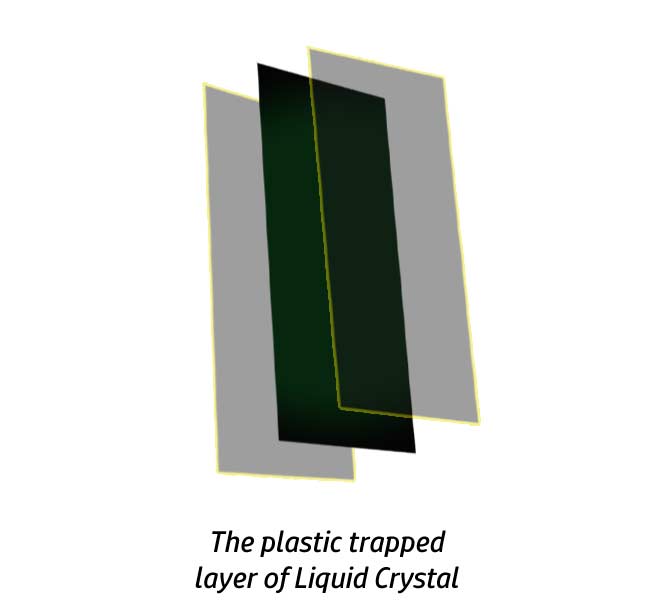 What is Liquid Crystal?

Liquid Crystal is a unique state of matter that flows like liquid but shares some optical properties of solid crystals due to the order of arrangements of their molecules. Due to its ability to be oriented in a crystal-like way, application of Liquid crystal has become quite widespread in technological development across many industries.

Liquid Crystal vs. Liquid vs Solid

Solid crystal matters are characterized by highly arranged orders of molecule structures, whereas, in liquids, such as water, the molecule arrangements are completely random with no real orders. Liquid Crystals are a phase or state of matter that shares properties of both liquid and solids. The molecule arrangements of Liquid Crystals are in order like solid matters, but it shares numerous properties of a liquid matter such as flexibility and elasticity.

The Phases of Liquid Crystal

The various Liquid Crystal phases (also known as, Mesophase) can be characterised depending on the way the molecule orders are formed. The three most widely recognized phases include Lyotropic, Metallotropic, and Thermotropic phases.

Lyotropic phase occurs when an amphiphilic liquid crystal substance dissolves into a suitable solvent matter. Lyotropic liquid crystalline can be found in living systems such as protein and cell membranes, and some common everyday examples could be soaps and detergents.

The most common application of the Nematic phase can be seen on smartphones, computer displays, televisions, and calculators, etc. where the alignment of molecules of liquid crystalline are controlled using electromagnetic fields to create intended images.

Smectic liquid crystals consist of multiple flat layers of molecules oriented perpendicularly to the plane of the layer, such as seen on soap bars.

Cholesteric Liquid Crystal phases are characterized by how they reflect different wavelengths of light based on their chiral pitch. This is the phase that is used to produce the pressure-sensitive capacitive writable screens of LCD writing tablets.

How does the Writing mechanism work on LCD Writing Tablets?

At the beginning when you are not using your LCD writing tablet, the molecules of the Cholesteric Liquid Crystal materials maintain an order that does not reflect any wavelength of light. In essence, the Liquid Crystal Layer remains transparent, hence, all you see is the dark background. When pressure is applied on the pressure resistive screen with a pen or sharp object, the orders of the molecules within those areas change in a way to become reflective of lights and become visible. Let’s say, if you apply pressure on the LCD writing tablet to draw a line, the order of the molecules within that line area will become reflective of light and make the line visible to your eye while the rest of the screen area (where no pressure is applied) will remain transparent and display the dark background. This is also why most LCD Writing Tablets have a black background and a bright (usually green or yellow) writing colour.

How does the Erase mechanism work on LCD Writing Tablets?

Most common LCD writing tablets found in the market come with a small electric circuit board with a compartment to accommodate a button cell battery and a button to activate the electric circuit. Pressing the button will activate the circuit that will send a small electromagnetic signal throughout the liquid crystal layer of your screen, and this will reset the order of the molecules of the cholesteric liquid crystal to make it fully transparent, therefore, the dark background will become wholly visible, and your screen will become dark or blank without any reflective lines or residues. LCD Writing Tablets only require the power from the battery to create the electromagnetic signals to clear the screen.

How does the Save mechanism work on LCD Writing Tablets?

In more advanced models of LCD writing, such as the BeaverPad™ BP-1000 LCD Writing Tablet with Save, memory and Bluetooth, there are options to save your drawings within the tablet’s memory. Such devices have a more advanced motherboard equipped with a built-in memory, and a software system that detects and records the sensory movement of the tip of stylus pen. When it saves your work within the Tablet’s memory, it is saved in simple analog lines. Later when you transfer your work from the Writing Tablet to your smartphone via an app, the app reads those analog lines and converts them into digital files in various formats such as PNG or JPG.

How does the Synchronization mechanism work on LCD Writing Tablets?

Another feature seen on some advanced models such as the BeaverPad BP6000x – LCD Electronic Blackboard, is the function to synchronize your work directly from the LCD Writing Tablet to a smartphone or a computer via Bluetooth or USB connection. These devices are also equipped with a motherboard that can detect the stylus pen’s movements across the writing surface of the LCD tablet, and project that onto the other connected device’s (computer or smartphone) screen with the help of an app.

The Rise of the LCD Writing Tablets

Since its introduction to the market in the early 2010’s, LCD Writing Tablet market has seen significant growth, and as of 2022, it remains a widely popular gadget among people from various walks of lives. Much of its popularity can be attributed to their affordable prices, high availability in the market, and positive environmental impacts.

Compared to capacitive screens or backlit LED screens, LCD screens are much cheaper to produce, which has made it possible for manufacturers to produce and offer LCD writing pads at very affordable prices. Entry level LCD Writing Tablets can be found at as low as US$10 on Amazon or AliExpress, something that has made these devices highly accessible to people form all low-income brackets.

LCD Writing tablets also have numerous environmental and health benefits. Many producers are marketing their LCD Writing Tablets as a direct paper replacement – something that saves money for people and resonates sustainable consumption by reducing uses of paper in our lives. In addition, LCD screens of e-writers pose little to no health hazards (e.g. radiation, blue lights) when compared to other popular electronic devices used for writing such as the iPad or Samsung Android Tablets. Therefore, despite their limited functionality compared to e-ink tablets or tablet computers, LCD Writing Tablets have managed to remain relevant in the market.

The most popular use of LCD Writing Tablets is perhaps as a children’s toy, a doodling device, something that replaces paper, doodling books and chalkboards, saving a lot of money for parents that would have been otherwise spent on buying sheets of paper, colouring books, or more expensive tablet computers. Most common LCD Writing Tablets found on the market can easily provide at least 20-30,000 of new pages to draw on. As children don’t usually need to save their doodles, this makes LCD writing tablets the most perfect doodling toy.

Because of their cheap prices, positive health implications, progressive environmental impacts, as well as the ability to replicate the experience of writing on a physical paper with a pen, LCD writing tablets have drawn much attention a potential note-taking device for adults. There has been a growing plea among environmental protection enthusiasts and other health-conscious people for the development of more advanced LCD Writing Tablets with more advanced features and practical implications.
Some common criticisms of the generic LCD Writing Tablets have included their inability to save the work or erase partially without deleting the entire screen. Few producers have taken the initiative to bridge this gap in the market. BeaverPad™ Canada has come with up with their 10” Smart LCD Writing Tablet that features save, sync and Bluetooth transfer function, as well as another model with partial erase.

Future of the LCD Writing Tablet

Despite much direct competition from LED Screen Tablets, e-Ink tablets, and other electronic writing devices, LCD Writing Tablets has still managed to maintain its relevancy in the market. However, there is still a growing call from customers to add more features to LCD Writing Tablets and manufactures must respond by investing more on research and innovation. With continued innovation and more added practical features, LCD Writing Devices have a vast scope for growth and becoming a more mainstream gadget for everyday use.

For any questions or comments  , please feel free to contact us. 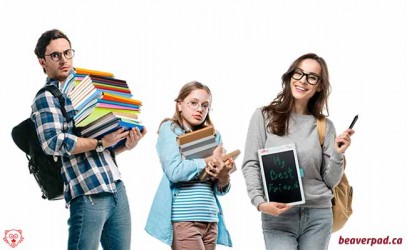 BeaverPad™ in School: an ideal notetaking device for students in the classroom 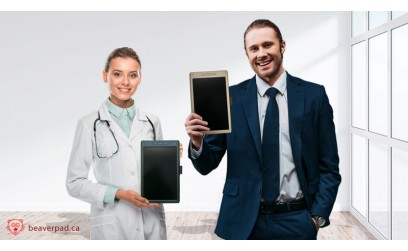 BeaverPad™ at Workplace: the most viable solution for your office to go paperless

Environmental effects of paper (and how we can reduce them) 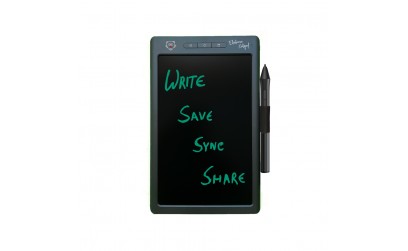 A powerful 10 inch electronic notepad that lets you Write, Erase, Rewrite, Save, Sy 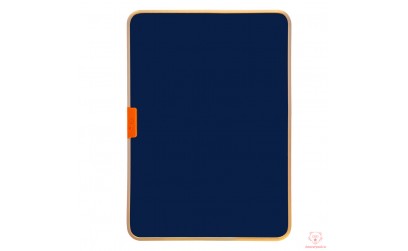 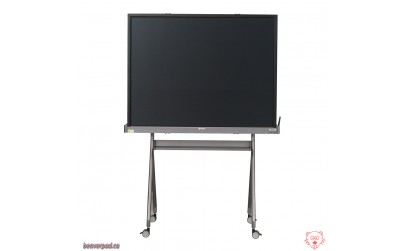 BeaverPad™ 60" LCD Writing Board with Save, Partial Erase & Sync 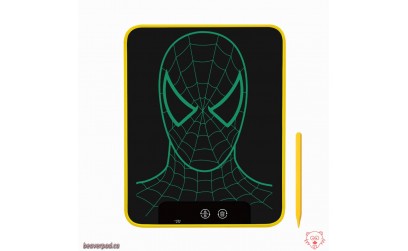 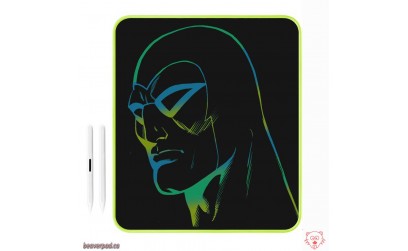 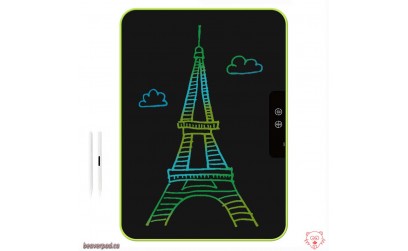